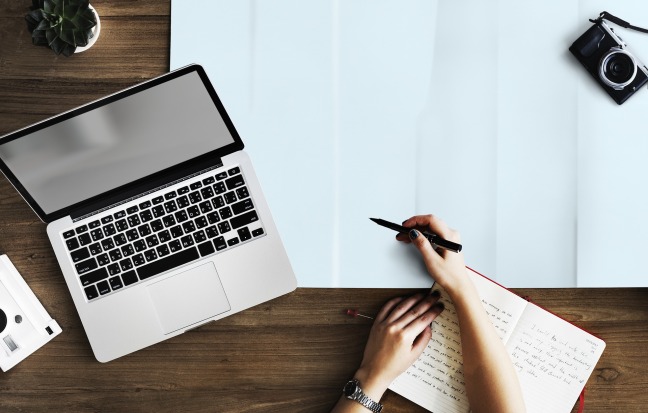 When was the last time you wrote, or received, a handwritten letter?

When was the last time you scribbled something down? Not typed or texted – but physically transcribed something – onto a piece of paper?

What about forms/paperwork – admin in general? A cheque? A prescription? An application?

Statistics suggest that it may have been a while.

Research in 2018 concluded that 65% of 25-34-year-olds ‘hardly ever picked up a pen’. 26% of people have not sent, or received a handwritten letter in the past decade. Four in ten adults claimed to be too embarrassed by their handwriting to pen a letter.

I read through these figures with a sense of expected surprise. Allow me to explain this awkward oxymoron…

I knew typewriters, computers and now smartphones had steadily become the preferred method of communication. In terms of efficiency, accuracy and accountability – the switch is understandable. What I had not then considered, was the decline this would have on the overall production of handwritten content.

Handwriting is being recognised as an increasingly less important skill to both have and maintain. Countries such as Finland have dropped joined-up handwriting lessons, and in the US, the ability to write cursive script has been removed from core educational standards.

Global education policy is undergoing a fundamental shift. Young people are being taught to type, and tablets are being used as educational aids. The ability to be able to communicate digitally has become an objective of education, rather than an added bonus.

I’d like to add – I am not at all critical of this. In fact, I completely support it. Education, amongst MANY other things, is about employability, and digital competence is now a huge part of this. An overwhelming number of jobs seek those with technological confidence. I am struggling to think of a profession that does not involve technology, or on a more basic level – typing – in some way, shape or form.

I began considering this shift a few weeks ago, when I came across the handwritten memoirs of my maternal Great-Grandmother. I’m aware this sounds like the opening to a great movie. Or Bargain Hunt. You decide.

Reading them felt fascinatingly, and almost overwhelmingly personal, particularly when she writes about becoming a widow… the extract comes across as a means for catharsis. The handwriting is widely sprawled across the page; it feels vulnerable, fragile, and at times, slightly confused. Sentences and paragraphs get a little lost. Additional thoughts, comments and ideas are scribbled in the margins. There’s no red squiggly lines underneath various run-on sentences, overuse of adjectives or sporadic capitalisation.

It’s totally self-edited, and completely true to Eleanor herself.

We are undergoing a shift in the documentation of our histories. My Great-Grandmother carefully hand-wrote her stories, whereas today, I choose to type and digitise my take on the world.

This change can be seen in two ways. Experts believe handwriting may have ‘cognitive benefits, artistic merit, and a personal touch – and could help students learn faster.’ This understanding is explained here. I’m inclined to agree, particularly from a personal and artistic perspective: a handwritten letter or card carries a much greater impact than a quick message or text.

On the other hand, an increase in typing over handwriting expands the accessibility of written communication. Those who may struggle to hold a pen, those with dyslexia, or those who simply don’t like to write – are re-engaged with the concept. Not to mention it is less time-consuming, typically more accurate, and digitised content is generally much easier to distribute and share. Typing, on a very basic level, can empower us in so many different ways.

Fundamentally, I believe one should not be substituted for the other. Somewhat ironically, I am in the process of typing up my Great-Grandmothers memoirs, to make them easier to read – and more accessible – for the rest of the family. That does not, however, mean I’ll throw away the original handwritten manuscript, or ever stop dipping in and out of it.

By the way – is it just me that still uses cheques? Awkward.

One thought on “Putting pen to paper: a principle of the past?”