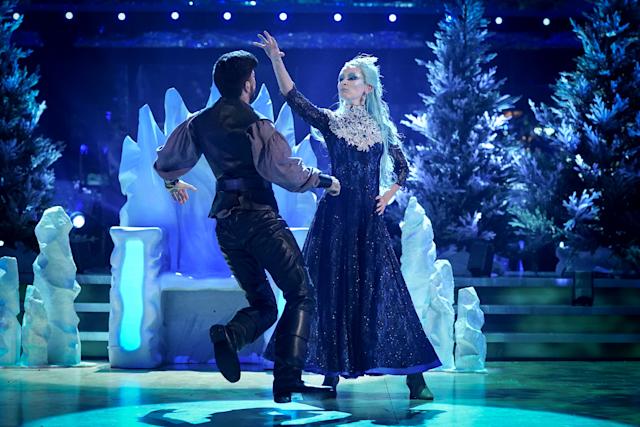 Truth be told, I’ve not been very well over the past few days (solidarity with my fellow ‘super cold’ victims)! Which has meant I’ve had a fair bit of time on my hands. In between sleeping, eating, and watching ‘New Girl’ (cried when Cece and Schmidt FINALLY got married, sorry, spoiler alert…) – I’ve also been doing a fair bit of scrolling on social media, as you do!

Hi everyone, thank you so much for all of your interest in learning BSL. I cannot believe the Google search for learning sign-language has increased by 488% AMAZING 😍 1/2…

Rose Ayling-Ellis is Strictly Come Dancing’s first ever deaf contestant. She uses British Sign Language (BSL) to communicate, has an interpreter, and uses a hearing aid. Her hearing aid allows her to pick up some sounds, and therefore, some of the music – and hear the beat, but she uses her professional partner (Giovanni Pernice) for rhythm and timing. It’s been incredible and inspiring to watch.

It got me thinking… a few months before the pandemic (remember those days?!), my lovely Mum and I attended a Level 1 & 2 Introduction to Makaton course. I loved it, and left with an understanding of how to sign family members, activities, animals and could string a sentence or two together.

For those of you who don’t already know – and as Rose explains in her thread – Makaton is a form of sign language. But it is different to BSL in that it is designed for children who are struggling to communicate, as well as adults with learning difficulties. There is some overlap between these two methods of visual communication, the alphabet, for example, is similar. However, when you use Makaton – you must also speak your sentences, as well as signing them. It is designed to supplement verbal communication, not replace it. BSL is completely different – it is a language in its own right, it has its own grammar, word order and regional variations.

I’ve always been interested in learning how to sign. Perhaps it was to make up for my terrible attempts at learning a Modern Foreign Language whilst at school. I didn’t get much further than describing the items in my pencil case, and telling anyone who would listen that I was off to visit the cinema with my friends. I’m also generally quite an expressive person, I tend to use my hands and face a lot when I’m talking. So much so, I was once mistaken for someone who was signing – when in fact I was just sharing a story, in a very animated way.

But I think it’s mainly because I cannot imagine a world without sound. Sound is something that is so intrinsically linked to so many aspects of my life. Laughter and voices add colour and detail, to so many memories. Music has the ability to lift my mood and get me dancing, but it can also provide a calmness, and serenity when I need to relax. My job, as someone who works in radio, is fundamentally reliant on being able to interpret and create sound.

I’ve been doing some research into hearing loss, and it’s impact on people living in the UK. I came across a study published by GOV.UK in 2017 which concluded with these statistics:

Deaf people are more likely to:

The study also referenced other common experiences, such as isolation and frustration, as well as explaining various misconceptions, for example – captions and transcripts are not always the ideal replacement, as for some deaf people – BSL is their first language, whereas English is their second. Something I hadn’t even considered.

There’s been some brilliant stories of BSL and Makaton being employed within mainstream music, radio and television in recent years…

And now the brilliant Rose Ayling-Ellis taking Strictly by storm – who last night became the earliest EVER recipient of that perfect 40 score, in Strictly Come Dancing’s history.

I’m sure there are many more cases of BSL and Makaton being used within mainstream music, radio and TV – these are just the ones I came across, and found particularly interesting. All of these examples demonstrate an increasing integration of both BSL and Makaton into mainstream media. But although these are fantastic cases, it’s still not enough. So much information and entertainment remains off-limits to so many people, because of their inability to hear.

How do we consistently incorporate those with hearing loss into audio-based content? Podcasts, radio, concerts, albums… how do we make these wonderful things accessible to those who cannot hear? It’s something I want to think more about in the coming weeks and months, particularly as someone who works in radio… an audio based medium which I cannot imagine life without.

If you’ve got any thoughts or suggestions, I’d absolutely love to receive them – particularly if you are deaf or hearing impaired yourself…

If you would like to find out more, I’ve put some links below which I’ve found super useful and interesting:

Bye for now, I’m off for another herbal tea, followed by a nap…!